For Luxury Marketers, A Canary In The Coal Mine. But Which Way To Clear Air? 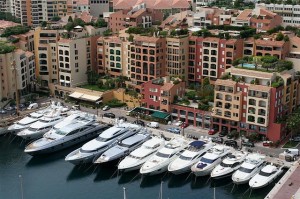 If you don’t follow the sales numbers of new private jets and the companies that make them, you probably missed that both Embraer and Bombardier, two conglomerates that as part of their portfolios manufacture private jets, both cited the segment as performing weakly.

In fact, a few days ago, a top columnist at Bloomberg ran a story titled, “Billionaires Aren’t Buying Enough Private Jets.” He referenced a press release from the Canadian manufacturer that read “current economic conditions and geopolitical issues in some regions such as Latin America, China and Russia, have impacted order intake levels industry-wide. As a result, Bombardier Business Aircraft will reduct its production rate of Global 5000 and 6000 aircraft.”

There is no question that even the very rich are being impacted in these places just as they were in the U.S. after the recession. The key thing is not all of them are being impacted, and only a minority are being effected. I monitor the monthly private aviation operations (actual flights) between Russia and Western Europe and they have been tracking in the negative 20 to 30 percent range for some time.   After the U.S. crash, flying dropped by about a quarter as well. Again, this is flights, not new aircraft sales, which also dropped.

Everyone has already heard about various luxury brands retrenching in China, either closing boutiques or cutting expansion. In Russia, there is a retreat as well. Having run a media company during the period of the U.S. recession, I can report first hand most companies took significant parts of their budgets here and reallocated them to emerging markets to take advantage of the growth, something they were successful with. Certainly anyone who bet on the former Soviet Union, certain Latin countries and China over the past decade have seen for the most part handsome results.

So the bloom is off rose when it comes to these countries. What’s next? Yes, we hear Africa. But where in Africa, and now with oil prices dipping, is some of the growth sustainable? Will affordable energy in the West mean less lavish spending in the Middle East.

From what I am seeing many luxury companies are putting renewed hopes and dollars into the U.S., and while for many personal reasons, I am delighted to hear this, in the dark confines deep in the coal mine I think they may be headed down a dangerous shaft instead of towards clear air as they chase the elusive aspirational consumer and hard-to-understand millennial market.

While U.S. sales for luxury brands have been increasing and are indeed a bright spot, my question is where are the sales coming from? Digging into economic data and studies, it’s clear that over 90 percent of income gains in the U.S. since 2009 have gone to those in the one percent, a group of under two million households in a nation of over 100 million. And while it only takes a Household Income of $400,000 to get into this group, digging further shows most of the gains have really gone to the the upper echelon of the 1 percent, so perhaps several hundred thousand households, the proverbial needle in the haystack.  There are also plenty of studies – I reference in particular to one done by The Washington Post – which shows that even at $250,000, the typical family of four in a major city has very little money to contribute to the coffers of the big luxury brands. Beyond taxes, rents and mortgages, huge amounts of money go to various insurance payments, costs of maintaining a home, car payments, parking, gas, the kids and so forth, there is little left for luxury goods and services. In the example of a Long Island, New York-based family, they would need $290,000 to lead a life that included no luxury cars and no designer fashions, spending under $4,000 a year on vacations.

At the same time, regardless of whose research you look at the number of Ultra High Net Worth (UHNW), be it Royal Bank of Canada, Wealth-X, Wealth Insight, CapGemini, Knight Frank, the number of Super Rich households globally have expanded dramatically, as well as in the U.S.

My belief is a large part of the U.S. sales growth luxury brands have seen the last several years is not from the aspirational segment who today has even more “look for less” choices but from High High Net Worth ($10 million + Net Worth) and Ultra High Net Worth U.S. based consumers and global UHNWs and other affluent visitors.

So what does what’s happening in Russia, Latin America and China mean for luxury brands? I look and see that from Russia to Western Europe the number of private jet flights are at about 70 percent of where they were a year ago. That means more than two-thirds of the Russian Super Rich market is still traveling and has some money to spend. If we look at the U.S., this was true in 2009 and beyond. While many had written off the U.S., the top end of the market with those UHNWs who had liquidity were busy buying at a bargain, making more money and spending. One drag at that point on new airplane sales is one could go to the desert and buy a recently parked 737, 757 or 767 at a fraction of the cost of a new jet, spend tens of millions on new avionics, dining rooms, showers, lounges and have a larger and more luxurious jet at a lower cost than what the top manufacturers could provide new.

For those luxury companies and groups that have yet to create a global UHNW marketing strategy and organization tying together assets from around-the-world, in my opinion they are missing the next emerging market, the Global UHNW. After all, there are still plenty of Chinese, Russian and Latin Super Rich, however if you want to sell to them it will be increasingly outside their home nations. What’s more, most research shows in total, between over 100 far flung countries, the population of Super Rich – those with over $30 million in new worth – will grow by 50 percent by the next decade.

The challenge I always found is many luxury companies think there is a silver bullet to reach the rich people, usually a sponsorship here and some private dinners. Their marketing mojo when it comes to truly tackling the UHNW market lacked real commitment. Unfortunately, in 15 years monitoring the market I can report there are no silver bullets, although like any market, there are plenty of sellers making promises. What’s needed is a true global UHNW strategy, including all elements of sales, marketing and merchandising from media to public relations, VIP services and so forth.  According to Wealth-X, 211,000 Super Rich households spend over $235 billion on luxury goods and services annually.  Based on their wealth, unlike lots of us, they also have plenty more to spend.  For luxury companies, the opportunity is to understand that getting more share and growing sales from the Super Rich probably won’t fit into the marketing structure they have.  That said, just like investment in digital, with commitment and focus, the payoff can be huge, particularly as one understands the new reality is the world’s richest consumers are rarely found in one place for very long.