How Luxury Brands Should Look At Russia, China, Brazil and the Middle East Amidst The Turmoil 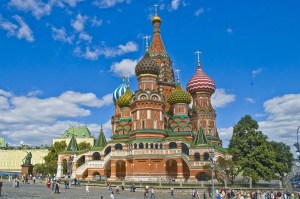 There are economic woes in Brazil, China and Russia, including political worries the latter two. With oil prices plummeting, what will happen to the big spenders from the Arabian Gulf? Needless to say, luxury brands and service providers can attest first hand there is less spending. So what to do?

For brands there are key issues. Much money was invested in opening retail in emerging markets, including staffing up, marketing, advertising and communications, including events and getting aboard national celebrities as ambassadors and endorsers.

Well, the good news, in my opinion, is all of the money spent into developing these markets was well worth it, even if they are seeing some bumps, valleys or ruts. Having spent 14 years as co-founder, President and Editor-in-Chief of Elite Traveler before leaving at the beginning of the year, I was intimately involved both first hand and through extensive research in what makes the Ultra High Net Worth (UHNW) consumer tick.

Globally, as much as 90 percent of the Super Rich (those with at least $30 million net worth) are self-made and most of them were not known outside their companies and families. While certainly there are UHNWs who are celebrities, athletes or celebrity CEOs, many made their money through mundane businesses such as manufacturing, services, logistics, retailing and real estate. I’ve seen several billionaire surveys that show more billionaires dropped out of college than graduated from Ivy League institutions. In other words, the general stereotypes of Oxford University, polo and museum galas represented a sliver of the Super Rich, as does the sports team owner who made his money through car dealerships. In other words, the UHNW community is exceptionally diverse in both how they made their fortunes and their interests.

At the time we coined the term “Driveway Celebrity” as the only places they were famous was at home or at their office. We also found like the general population, they were generally attracted to pop culture. When we wrote about top suites, we created a section “who slept here” listing the famous folks who had bedded down in that suite. Rich readers loved the fact they could spend $10,000 a night to sleep in same bed as Sharon Stone or Sylvester Stallone.

We also disproved the myth that rich people don’t respond to advertising. We tracked tens of millions of dollars in watches, jewelry, hotel suites and real estate sold directly through advertising in the magazine via our oversized, pictorial format that spoke to the way UHNWs consumed media aboard their private jets.

So as I said, for luxury brands that spent big bucks on marketing and public relations in regions and countries now under pressure, my belief is that it was money well spent.

The challenge now is that with sales sliding, the broad based approach needs to be refined. Wing-X, a company that tracks private jet flights, reports that so far this year private jet flights between Russia and Europe are down 20 percent and for the United States, the falloff is 18 percent.

This news shows that clearly the recession has hit even the upper crust as it did in 2008 in the United States. At that time, private jet use dropped by as much as 28 percent. The common wisdom was that most of the Super Rich had gone broke, and those that hadn’t had shut down the spending.

Looking back more than a half decade later, the truth was much different. Yes, like what is happening now, there were UHNWs who were overexposed and were no longer Super Rich. But when one examines the U.S. UHNW market, since 2010 UHNWs households have grown not only globally, but in the U.S., their wealth has grown, and in one survey by University of California-Berkeley it was show that 95 percent of gains as the stock market came back went to those in the top 1 percent, with a large part of that in the upper half of 1 percent. Billions were made on buying distressed real estate and investing in teetering public companies. In other words, for those UHNWs that had cash in the bank, it was a great opportunity.

I recall in the ‘90s being at a New York breakfast with a well-known financial titan who in the midst of the Asian financial crisis was heading off later that day to Seoul. Somewhat dumbly, I asked, why? He simply said, “Buy low, sell slightly above the middle” and laughed.

The common wisdom after the crisis, however, was the American UHNWs had stopped spending, as in an entire group, more or less stopped. Now the wife of a former UHNW doesn’t say, “I am not going to buy this because we have serious cash flow problems.” She says, “I don’t think it is appropriate in times like this.” The fact is, she couldn’t afford it anymore. And our research showed after a 90-day dip as the Super Rich tried to get a handle on how their fortunes had been impacted, spending on luxury goods and services by those who were still loaded rebounded and actually surged a bit, although not enough to counter those who were no longer rich.

So what do I think the takeaway is? I am currently working on a partnership development project with a leading broker of superyachts. The average customer has a household income of $20 million and a net worth of about $160 million. In addition to spending an average of $200,000 per week to charter a yacht, excluding food, fuel, port charges and tips to the crew, they own five homes, spend five weeks a year vacationing at resorts, spend hundreds of thousands of dollars on expensive watches and fine jewelry, and yes they rent villas too! Most of all, they are a global audience. One day Beijing, the next Dubai, then Monaco next month for the boat show there, Ft. Lauderdale in November, Miami in February and so on.

For luxury brands the latest turmoil underscores the need to develop a global strategy targeting the Super Rich wherever they may be from, and wherever they happen to be today, as well as however they happened to make their money.  An important screen is travel, be it via yachts or just independent, affluent travelers.  We know from prior experience those who continue to travel are those with the money.

One thing we will see again as recoveries take place in markets now under pressure, is that for every story of an UHNW meltdown, there will be 10 of people who are taking advantage of the crisis to amass huge wealth.  Marketers need to make sure they are connected to these consumers more than ever.