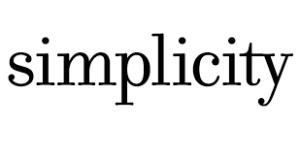 Pam Danziger is the author of “Putting the Luxe Back in Luxury.” I first came to know of her a couple years after we launched Elite Traveler, probably around 2003, when a Chanel executive recommended I check out her research.

Pam’s specialty is consumers who have a Household Income between $100,000 and $400,000. As this sector is below the primary target of Elite Traveler and our audience of private jet travelers, I simply call them “The Next 9 Percent” and leave it at that. Pam of courses slices and dices them six ways to Sunday which is valuable if the aspirational consumer part of your customer mix, as it is for virtually every luxury supplier outside of jet makers, yacht builders, manufacturers of exotic sports cars and the select watch makers and jewelers who are involved mainly at price points of say $10,000 or $15,000 and above.

I’ve had the pleasure of being on a couple panels that Pam moderated, and last week she came to New York where The Luxury Marketing Council had her as a guest speaker at its CEO lunch.

One of the things I like about Pam’s research is it is ongoing. She focuses on 1,200 consumers who bought luxury in the past quarter and the cross section is representative of the top 20 percent of households in the U.S. based on income.

A few sound bites from the lunch regarding aspirational consumers:

While Pam’s research doesn’t cover the UHNW target of $20 million + Net Worth that is the audience for Elite Traveler, I think it’s a strong reminder that companies that are looking for marketing ROI need to pay attention to Household Income as they start putting together their 2015 Media Plans. If one targets the Top 1 Percent, that’s approximately 1.2 million households with the entry point approximately $400,000 household income based on IRS tax data. That’s where I would start and then work my way upwards.