Do the Super Rich only drive Lamborghinis and Ferraris? 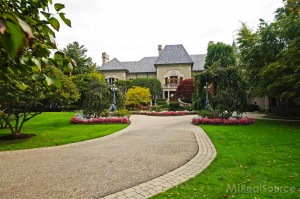 At the same time, depending on whose research you look at Ultra High Net Worth (UHNW) families (generally defined as having a Net Worth of at least $30 million) have a combined Net Worth of between $30 trillion and $50 trillion (U.S. debt is $16.9 trillion). Again, depending on various reports there are between 120,000 and 200,000 families that fit the criteria. So no matter whose research you look at, money is not an object.

Elite Traveler, the magazine I co-founded in 2001 and is distributed aboard private jets, has slightly over 400,000 readers who have a Household Income of $1 million per year. Our research, conducted by R.A. Prince & Associates, shows these readers own or lease an average of 4.4 vehicles, so in total they account for 1.76 million vehicles. Additionally, we know 85 percent buy or lease at least one new vehicle every two years. Simple math shows that would mean on an annual basis they buy or lease around 170,000 vehicles (85% x 400,000 divided by 2).

But what type of cars do the rich buy?

While the UHNW segment is a lucrative crowd, some marketers judge their products to be not high end enough for the Super Rich audience. At the recent New York Auto Show, one highly regarded auto executive who sells cars that range from $60,000 to over $200,000 relayed a story of how while attending a high end yacht show, a wealthy boat owner who drives only exotic cars told him, “If I was seen driving your car my friends would think my business is doing badly.”

Is this the rule or the exception?

A 2012 article in The Financial Times based on research by real estate consultancy Knight Frank stated UHNWs own between four and five homes, again meaning whether you want to use the low of 120,000 families or the high of 200,000, there are somewhere between 480,000 and 1,000,000 million UHNW driveways.   Again, using Elite Traveler research – a survey of over 200 private jet owners last August – 32 percent said they had purchased or leased cars they read about in our magazine. This is not all of their purchases, just the ones they made in someway because of something they read in Elite Traveler. Projecting that against our over 400,000 $1 million + earners it would equate to 128,000 vehicles.

According to Motor Authority, 2,121 Lamborghinis were sold worldwide in 2013. Autoevolution.com reports 6,922 Ferraris were sold last year. Bentley sold 10,120 vehicles. Rolls Royce sold 3,575 last year, again worldwide. The total works out 22,738 worldwide units out of 1,358,754 luxury autos sold just in the U.S. and clearly just a fraction of what UHNW consumers buy each year.

Any way you look at it, the Super Rich are buying hundreds of thousands of luxury cars each year not named Ferrari, Lamborghini, Bentley or Rolls Royce. Considering luxury auto purchases are often influenced by what the boss is driving, there is a large opportunity for luxury producers to up their sales to UHNWs.

2 Responses to Do the Super Rich only drive Lamborghinis and Ferraris?