For Switzerland Tourism and Watchmakers The Super Rich Are Wanted NOW… 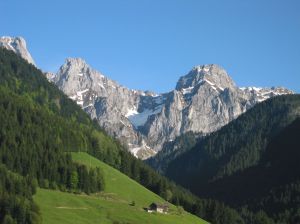 The Swiss National Bank (SNB) decision today to uncap its currency against the Euro means watch prices are increasing by as much as 20 percent, according to Su Jia Xian, a watch collector based in Singapore whose respected blog SJX is dedicated to his eclectic interest in horology. The currency change also impacts tourism, so two of the country’s most important industries are now facing a new challenge as prices climb for visitors.
In his report this morning, he wrote, “Just hours ago, in a shock move, the Swiss National Bank (SNB) abandoned the cap on the value of the franc against the Euro, a step MB&F founder Maximilian Busser label a ‘gigantic pain.’ Implemented in 2011 after the Swiss franc surged, the lifting of the cap batters Swiss exporters, exacerbating the situation of the Swiss watch industry.”

He continued, “In the hours after the SNB’s announcement, the Swiss franc jumped to the highest level ever against the Euro – appreciating some 41% – and also strengthened against all other currencies. But this year, unlike in 2011, the Swiss watch industry is facing nearly flat growth and a very uncertain outlook.”

Shares in both the Swatch Group and Richemont have fallen over 15 percent, according to Bloomberg. Swatch Group CEO Nick Hayek, quoted in Bloomberg, said, “Today’s SNB action is a tsunami; for the export industry and for tourism, and finally for the entire country.”

At the same time Wealth-X recently released a tracking study of luxury purchases by the Super Rich and share of total luxury purchases. The Wealth-X research tracks the sliver of families with over $30 million in wealth, globally just 211,000 households.

For both the Swiss tourism and watch industry, this target will now be more critical than ever. Before the SNB announcement, Super Rich consumers, according to Wealth-X, were already accounting for $25 billion in annual watch and jewelry purchases, over 35 percent of all consumption.

For the Super Rich spending isn’t a choice. A vacation or a watch? They buy both, and then more. For the UHNW it is a lifestyle. On the tourism front, the Super Rich account for $45 billion in annual luxury travel spending, about 22.5 percent of all spend in the category. The Super Rich also spend annually over $4 billion a year in adventure travel, a key component of Switzerland’s tourism offerings.

Can the Super Rich spend even more?  In interviews after releasing the research Wealth-X President David Friedman said that for luxury providers, the UHNW consumer has large amounts of untapped spending power.  His firm estimates UHNW wealth at nearly $30 trillion with other estimates going as high as $50 trillion.  The total GDP of the United States is a mere $17 trillion.