Will The Real Jeff Greene Please Stand Up. Why Getting A True View of the Super Rich is So Difficult 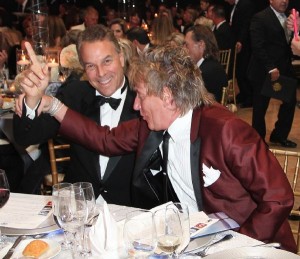 American billionaire Jeff Greene was in the news this past week. He flew to Davos on his private jet bringing along his family and two nannies.

From Wikipedia, he came from a struggling middle class household: “His father ran a business selling textile mill machinery. His mother was a Hebrew school instructor who taught Greene to ‘save his pennies, look for value, and never pay retail.’ His family moved to Florida in 1970 after his father lost his business. In Florida, his father worked refilling vending machines and his mother worked as a waitress.”

He is self made:  Greene worked his way through Johns Hopkins University and began his business career as a busboy at The Breakers Hotel in Palm Beach. Several times before becoming Super Rich Greene tried to run for office. He also ran unsuccessfully for Senate as a billionaire in 2010.

Greene’s has made lots of money and lost lots of money. In a 2008 Forbes interview titled “The Reluctant Billionaire” he humbly speaks about making windfalls by “catching a wave” as he has a couple times. He became a billionaire when in 2006 he became convinced there was a real estate bubble and bet it would burst.

Perhaps because he saw his father lose his business and the impact it had on the family, or perhaps thinking back to his mother’s advice or maybe his own close calls, at Davos, according to a report in Bloomberg he decided to give the other 99.75 percent some advice and it went something like this:

“America’s lifestyle expectations are far too high and need to be adjusted so we have less things and a smaller, better existence,” Greene said in an interview today at the World Economic Forum in Davos, Switzerland. “We need to reinvent our whole system of life…I’m remarkably long for my level of pessimism,” he said. “Our economy is in deep trouble. We need to be honest with ourselves. We’ve had a realistic level of job destruction, and those jobs aren’t coming back.”

In my opinion, his words were wise. Don’t spend money you don’t have. But that’s not the point.

Being a billionaire, he no longer needs to search for blue light specials and “save his pennies.” Yet in the Forbes article he speaks about how he got a “deal” on his 165-foot yacht that costs $100,000 to gas up.

However, the facts seem to be he did very much follow that penny pinching advice to amass the $7,400 from side jobs he used to make his first real estate investment. Many others at that age would have spent the money on something that may have provided some immediate gratification. Today Greene gets to enjoy the fruits of listening to his wise mother when he didn’t have much money.

Of course, this hasn’t stopped him from being tarred and feathered from media around-the-world. He has now even spurred a new featured for the website Curbed:

“Welcome to What Do They Own?, a new Curbed series where we take someone making headlines and try to figure out how much of the world they own, and by extension, how far they’ve gone to insulate themselves from the world.
Jeff Greene is a billionaire who made the lion’s share of his fortune shorting subprime mortgages ahead of the last recession. Jeff Greene took a private jet to the World Economic Forum in Davos this week, along with his wife, children, and two nannies, and then saw fit to tell Bloomberg that ‘America’s lifestyle expectations are far too high and need to be adjusted so we have less things and a smaller, better existence.’ Which would be a wonderful suggestion coming from someone who, unlike Jeff Greene, does not own a $195-million palace in Beverly Hills with 23 bathrooms and a rotating dance floor, two other Los Angeles mansions, a mansion in Palm Beach, a mansion in the Hamptons, and a 145-foot party yacht called Summerwind that once severely damaged a protected coral reef off Belize. (Or perhaps from someone with the wisdom to not, as Jeff Greene did, have convicted rapist Mike Tyson serve as the best man at his million-dollar wedding.) Yes, ‘a smaller, better existence,’ shouts Jeff Greene from the rooftops of the following completely bananas mansions:”

We often see television shows and books that purport to give us the inside on Ultra High Net Worth individuals, their families and their lifestyle. Jeff Greene is a good example of much of what UHNWs allow us to see is highly scripted. Clearly Greene has long passed the stage of frugality. And by the way he has signed on to The Giving Pledge to dedicate the majority of his fortune to philanthropy.

Who is the real Jeff Greene? A charitable billionaire? A guy who still wants a deal? Somebody who spends money like water? Out of touch? An oracle of how the rest of us should manage our finances? I don’t know. But clearly the firestorm of media rage his comments brought will only increase the efforts of most Super Rich to ensure they stay out of the media spotlight or ensure their image is highly crafted for public consumption.

For luxury marketers, this means understanding what makes the Super Rich tick and accessing some of the $235 billion per year Wealth-X reports they spend on luxury lifestyle each year remains a difficult challenge.

3 Responses to Will The Real Jeff Greene Please Stand Up. Why Getting A True View of the Super Rich is So Difficult